When light strikes an object, some of the light is reflected off of the object, and some of it is absorbed by the object.

There is great debate as to whether light is a particle or a wave. Interestingly I have seen color reflection and refraction used in arguing for both wavelength and particle.

As far as I can tell, current science, which is to say, quantum mechanics, seems to think that light consists of many packets of photons, each of which have wave-like properties. So, particles that behave like waves, giving the overall system both particle and wave qualities. 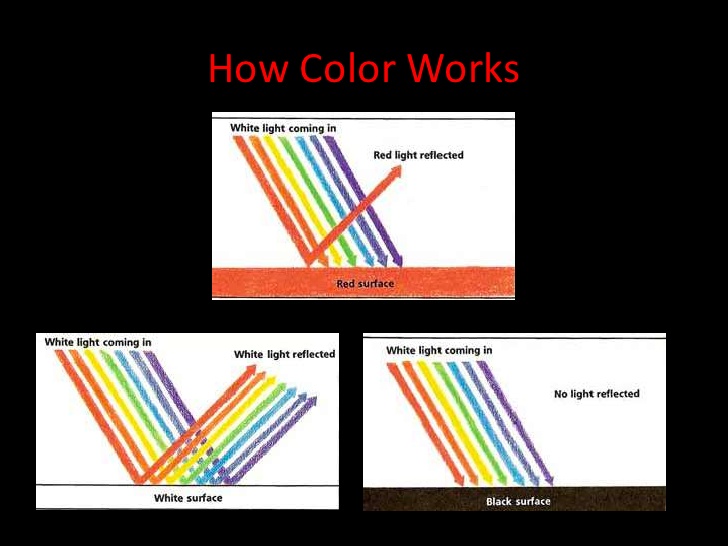